Critical Hit is a highly detailed fantasy combat game, which re-creates tabletop war gaming on the Amiga. It features a complex and accurate combat system, in which the skills, equipment, health and injuries of individual soldiers are traced. Many real and fantastic creatures are included, each with their own skills, psychology profiles and leadership characteristics. 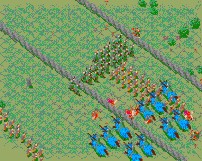 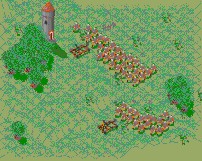 Complete campaigns may be waged, which consist of series of individual battles. The result of the battles determines the flow of the campaign. Battles are depicted on stunning three dimensional landscapes, and a wide variety of fantasy combat figures and scenery is utilised.

The Unregistered Shareware version runs on 1MB machines, and includes a single campaign, “Goblin”. This version does not include any music, and uses only some of the available features of Critical Hit. 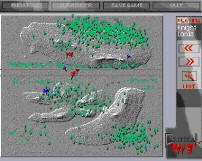 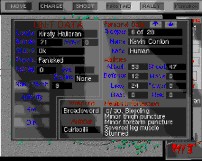 I’m currently thinking about writing a multi-player PC version for playing over the Internet (of course it might never happen).

[This is webpage from the 1990s, resurrected into my blog for posterity]