An impressively in-depth review of Darkwind was just written up by one of the admins at Video Game Geek: 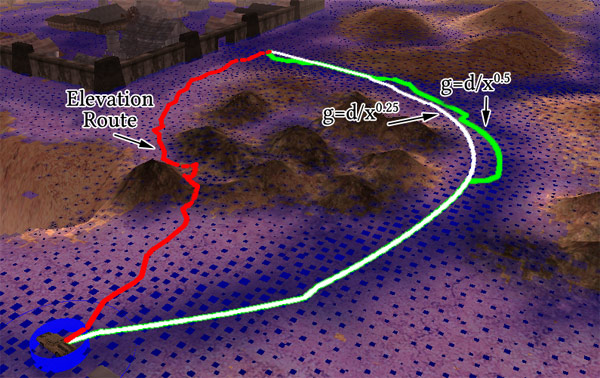 I have been investigating the mechanisms behind so-called ‘text based MMOs’ — many of which have patently shit gameplay but which somehow attract a decent number of paying players. It’s a study in addiction..

Games such as Mob Wars, Bite Fight, Fallen Sword. The basic game mechanism is to repeatedly press a button and watch numbers grow. They could be modified into food dispensers and deployed in chicken batteries in order to keep the inmates happier. Anyway, I digress..

There’s some very clever things going on, not in the gameplay, but in the way that players are psychologically manipulated. I got my son to act as a playtester for me in Fallen Sword – I do this from time to time, it’s a good way to get information about a game without having to actually play it myself. It wasn’t long before he started nagging me to buy in-game currency for him. Seriously nagging. I had to capitulate, of course – it’s not really fair to knowingly introduce someone to an addiction and then deny them. But I feel uneasy about it..

There’s Stamina — meaning, the player can only do maybe 1 hours worth of gaming at a time. Then they have to rest for a few hours before they can continue to play for free – or, they can buy more stamina! This is really quite clever, as they have nothing better to do at the time since their stamina is exhausted. The younger player demographic is presumably being targeted here — people who have ample time but no money. (Older players are often the reverse).

There’s the ‘Hell Forge’ — a place where your (text based!) weapons can have their numbers boosted to make them better than anything you can loot. This costs actual money or survey-time, of course. Why would you want better weapons? well, apparently the ‘PvP arena’ is where it’s at in terms of proving that you have been a better monotonous-pusher-of-buttons than anyone else. And if you Hell Forge your weapons, you can be better.. er.. without actually having to push those buttons quite as long as everyone else.

You can also earn in-game currency by bringing your friends into the game; but not until they reach certain gaming targets (i.e., they become ‘level 5′ or whatever). This is a standard-enough technique in games these days.

Fallen Sword is actually better than the other games I looked at, since it makes some (admittedly weak) attempt at providing actual geographical meaning to the world. You walk around a tiled world, choosing which monsters to beat up at each step. The fights involve, predictably enough, a list of numbers – ‘you hit the rat for 5 points’ etc. Exciting stuff. As far as I can see, you can at any time visit the shops, arena, or make a pvp attack on someone – so the actual geographical ‘sense of place’ is tenuous at best.

I think there is a solid game structure in these games; all that’s missing is actual decent gameplay. It’s quite an eye-opener to see how a game can be popular based on player-v-player competition alone, without any need for actual deep content or gameplay. What could be achieved with a bit more creative ambition ..??