We ran some alpha test events over the weekend: a timetrial on Friday, another on Saturday, a third on Sunday morning and then a race on Sunday evening. From a development perspective these were very useful, and both usablilty and stability should be much improved by next weekend when our second race will happen. Thank you to all the testers, I hope you had some fun and you stick with us!

I would say the highlight of the weekend would probably have to be the hilarious antics of the Psyclists on the final lap. I think that particular victory celebration will be hard to top! 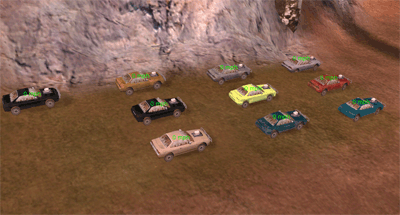 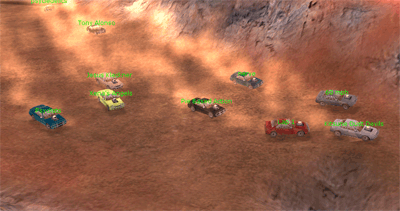 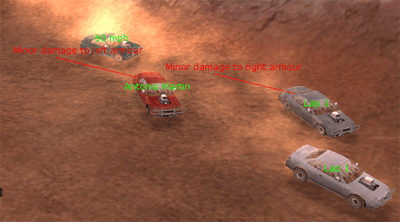 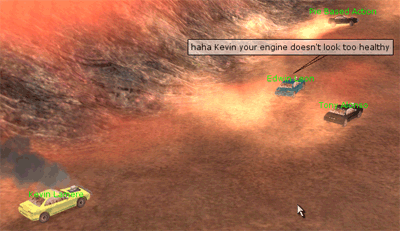 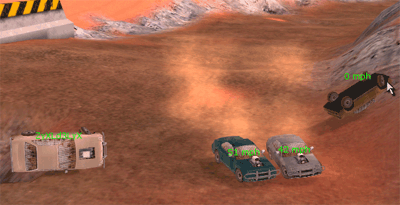 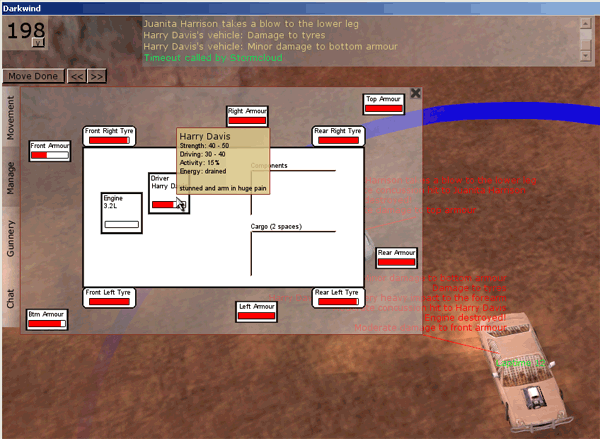 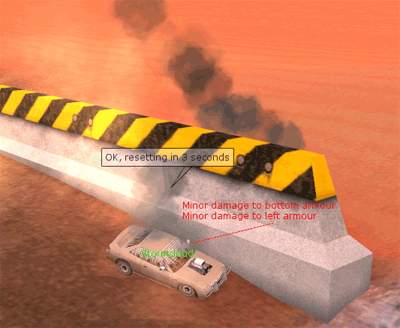 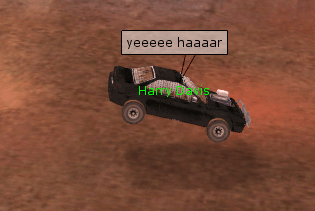 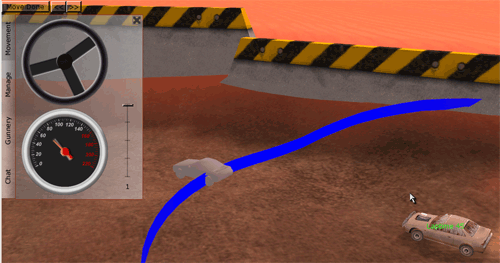 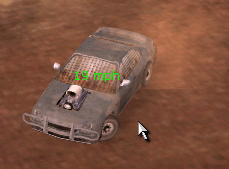 I got the texture aging code done faster than expected, by leveraging some stuff I wrote for another project last year. As vehicles get older and more used, rust/dirt textures are gradually blended with their base textures. 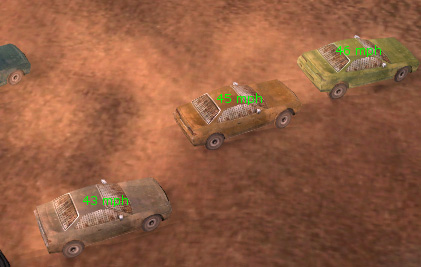 Ah yes.. this is more like how they should look!

It’s a while since my last news update, and to be honest I’ve done so many different bits and pieces in the last month that I can’t remember it all. I have decided that the first test events will be timetrials using vehicles owned by the racetrack. Among the things that have been implemented are vehicle armour and character injuries — so even though no-one will initially be risking their own vehicles, they will be risking their characters’ health. There will be a small prize for the best laptime recorded in each.

A lot of the coding has also been done on the log-in server, which will also acts as the host for the game lobby. In the lobby, you can chat (obviously), browse upcoming (and currently running) events, and peek at the competitors entered for them. From here you can join a live event, either as a competitor or (if you have no vehicles entered) as a spectator. To register your entry for an event, use the website and click on the racetrack in Somerset town.

Loads of stuff has been done in the game engine, including terrain properties (so different surfaces have different dustiness, slippiness, sinkiness and damage factors), calculating which side of a vehicle has collided (this will be required when weapons are added, of course) – vehicles have 6 sides and therefore 6 separate armour areas. The critical hits tables are working nicely: characters have a basic energy rating, which drops as they take minor damage until they fall unconscious. They also have an ‘activity level’ rating which is a percentage, and all skills are affected by this- if you’re stunned, for example, your activity level drops a lot for a few seconds and your driving, gunnery etc. suffers for that period. Critical hits can cause all sorts of things, ranging from short-term stuns to things which can take weeks to heal, right through to instant death. Damage has also been implemented for engines (with nice smoke effects) and tyres (whose effectiveness drops as they are damaged).