I was contacted a month or so ago from a company (60beat) who recently released this: 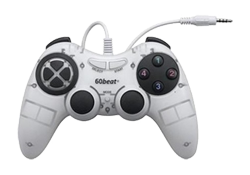 It’s a games controller for iOS devices. At first I assumed it was for Android, since my games have been getting much better visibility on the Android market. But no, iOS only for the moment. They offered to send me one of these if I’d agree to integrate it into Mars Defender.

It actually makes very good sense to play with a proper hardware controller, since touchscreen ‘virtual joysticks’, as used by many games, are really pretty poor in terms of usability and ergonomics. Plus your fingers on the screen are taking up valuable real estate.

I was a bit unsure at first, after an unpleasant experience last year trying to integrate the hardware joysticks on the Sony Ericsson Xperia Play: 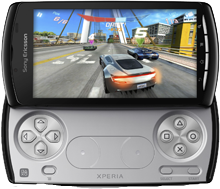 The Sony Ericsson SDK seems to be rushed and ill-thought out, forcing a game structure that would work for some games and not for others (certainly not for me, using Shiva). They did refer me to a ‘developer’ at the time, but he really didn’t seem to know what he was doing. (At least I never claimed to be a Java/Android expert).

By comparison, 60beat integration turned out to be really straightforward. Apart from a little trouble before upgrading to XCode 4.2, getting their SDK integrated and working was easy, and worked first time as promised. It actually makes a great improvement to Mars Defender – it’s easier to control the spaceship, and far less tiring on your fingers.

The 60beat plugs in via the headphone/microphone shared port, and communicates with the device via sound. Quite clever; and not a big problem since iOS devices have bi-directional audio ports so you can still hear the game by using the supplied splitter and headphones. Forcing the player to use headphones can only be a good thing, as the deep bassy rumbles in the Mars Defender soundtrack are completely lost on the weak built-in speakers.

Mars Defender with 60beat support went live on the app store yesterday. No sign of any major increase in downloads, unfortunately, but I guess 60beat doesn’t yet have much coverage. I hope this works out for them, it’s a great piece of kit.

To be fair to the Xperia Play, I am still using it as my main phone due to its excellent audio quality.