I have started working on a multiplayer version of Mars Defender. Mars Defender: Solar Wars will initially have LAN/bluetooth ‘skirmish’ scenarios (basically, a bunch of multiplayer arcade games using the MD engine). 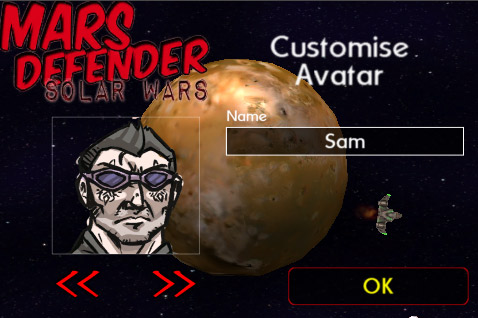 There will be a number of different scenario types, including attack/defend games involving slow-moving transport ships, space station attacks, and points-based games such as ‘Asteroid Arena’ (basically a multiplayer version of Asteroids) and ‘Tugboats’ (whereby each team has a couple of drone tugboats that are trying to collect orbs while being attacked and defended by the players). 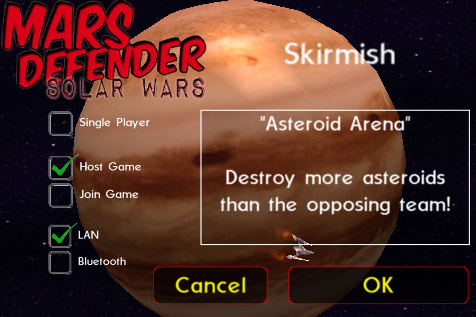 Later on, I’m planning on having online MMO-style play whereby there is a constantly running war between the Inner System Confederation and the Belt Colonists. When you log in you see a tactical map of the solar system with hotspots and unfolding events shown. Then you can drop in to take part wherever you choose. It’s a persistent world but in the casual, arcade style of Planetside rather than the bean-counting seriousness of most MMOs. One of the interesting things I can do here is have the high-level game map continually changing – i.e. the planets are moving as weeks pass, so the distances between them and the opportunities for attack don’t remain static. 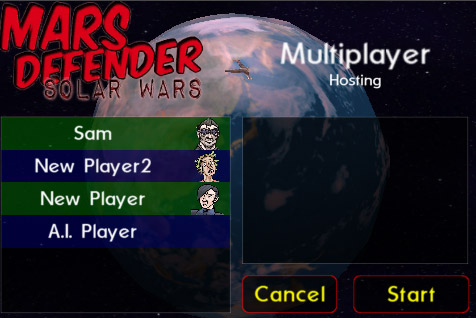 And customisable avatars and taunts, of course!