The first platform I’m releasing Let’s Break Stuff! on is the BlackBerry PlayBook. It runs really nicely on this device and the newly configured portrait orientation suits the extreme-widescreen of the PlayBook. 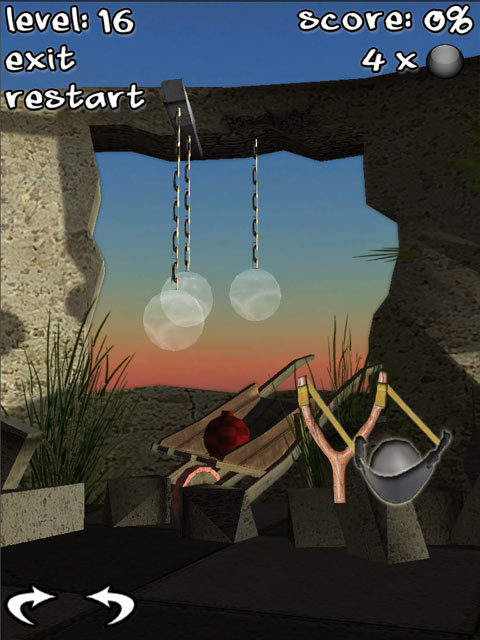 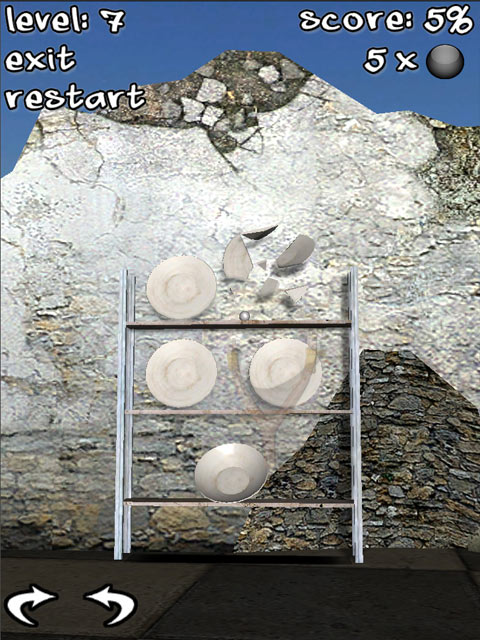 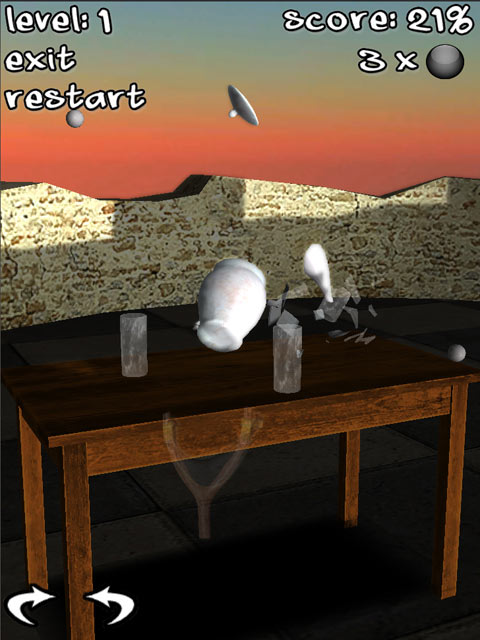 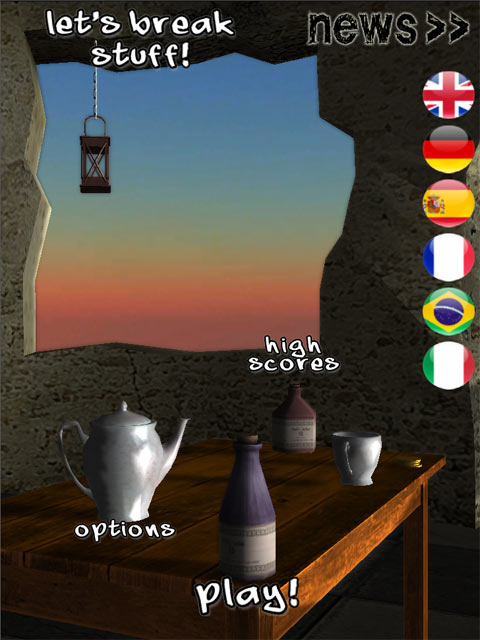 Everyone likes to break stuff.

This is a new game I have been working on for a bit; it’s basically an ‘Angry Cutlery’ game where you get the satisfaction of firing a slingshot at tables and dressers full of crockery, glasses and bottles. Sam’s attempt at hitting the App Store’s magic “lowest common denominator”, perhaps. 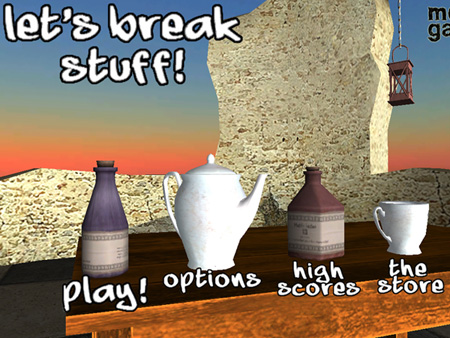 The breakable items have hidden ‘hit points’ values, and they take damage when they’re knocked into by something (typically a slingshot ball, but it could be something else toppling). When they take enough damage they splinter into lots of little smithereens which are ejected under control of the physics engine. An object that doesn’t take enough damage to be destroyed outright might split into viable (non-smithereen) sub-objects.

It’s a bit of fun and is supported by a great range of sounds I have obtained from freesound.org. I have more than 30 breakage sounds in the game, categorised by material type (glass, crockery, metal) and by impact strenth (shatter, split, tinkle, tap) – the overall effect is quite a pleasing sense of realistic destruction.