We launched Goblins & Grottos on Steam last Thursday. The next couple of days were pretty hectic, as expected, and involved some late nights and early mornings. But overall we’re pleased with how things went and how the game has been received. I wanted to capture here some of the highlights and lessons learned, as these may be useful to other developers.

We ran a launch-day AMA (‘Ask Me Anything’) thread on reddit which went really well, and I’d recommend this approach to anyone releasing a game. I was very impressed by the very varied and thoughtful questions posed by the /r/pcgaming subreddit community, and we received a nice amount of traffic to our Steam page from this. Our thread sat high up on the first page of the subreddit for the full 24 hour period that it was live, and undoubtedly contributed to the ‘legitimacy’ of our game. In the longer term, it serves as an excellent repository of information nuggets about us and the game – I noticed that the RPS article, for example, used it as a source of info.

We received an awesome amount of support from the Galway Game Development community, and also from some of the wider Irish community. My good friends from Galway rallied round, posting and tweeting about the game over the launch period. If you don’t have a local community of mutually supportive game developers, then you’re missing out. In Galway, our community has built up from pretty much nothing to a situation where 10+ studios are actively developing games, running events, meeting socially, and generally helping each other out. If you don’t have a community like this, then make one; that’s what we did.

We received enquiries about the game from two very large youtubers. They haven’t yet confirmed whether they will be covering us, but communication lines are open, which is half the battle.

We got a nice mention in Rock Paper Shotgun. This lead to a substantial spike in traffic to our page, and was followed 20 minutes later by one of the two youtuber contacts mentioned above. I’m not sure whether RPS noticed us directly on Steam, or whether they saw our press release or tweets that we had tagged them in; possibly all of these. As mentioned above, they made use of information from the Reddit thread, and may indeed have been influenced by it to cover us at all.

Someone with my amount of experience at game dev should have known better, but despite ourselves we made some small (insignificant, we thought) tweaks to the game in the last couple of days before launch. One of these (removing the ‘black movie bars’ from the top/bottom of the screen during cutscenes on smaller screens) lead to a game breaking bug which I ended up troubleshooting in the middle of the night.

Another mistake was not getting really detailed with the testing of game controls. We had assumed that the early access players (or ourselves) would notice/report unintuitive things, but actually they didn’t. I suppose the lesson is that early access players are fans who expect glitches and don’t necessarily report them, so you can’t expect to treat early access as a rigorous playtesting process, even if hundreds of players are involved. When you have left early access, your userbase switches to being the general public, and if anything doesn’t work exactly how they expect it, their assumption is that the game is ‘broken’ – and they may well give a scathing/damaging review on that basis. Again, this lead to some middle-of-the-night coding

Here’s our launch trailer, which was unveiled at the time of launch:

It has been a while since my last update on Goblins & Grottos. In the last 2 months we have taken on a new team member, Logan – who will be taking over the bulk of our marketing and promotion activities. It’s critical that each role in the development and release of the game is headed up by a ‘champion’ who has commitment and ownership for it. Marketing was an area that we needed someone extra in, to fill that role. Logan has fitted into the team really well and I’m sure he’ll add great value to our publicity!

There have been lots of cool things added since my last post here. The four ‘regions’ are now complete (dungeon, forest, village, mountain/castle) along with appropriate decorations, interactive items, environmental effects and traps. The main bulk of the game’s development is now complete. We have held back some new features to announce on full release, including a fully configurable boss battle editor for final showdowns with the Paladin, as well as a neat minecart system for Indiana-Jones type shenanigans. Apart from this, I have been doing lots of tweaking and clearing up of bugs, and polishing of the user interface and map-making tools… all the glamorous stuff us programmers get up to, y’know. The game’s Official campaign is nearly complete.. kudos to the fantastic creativity of Jonas and Bjorn, who take the map elements I provide and twist and combine them in all sorts of fun ways.

Ian, Bjorn and Jonas have also been making a really slick cinematic trailer which will be unveiled on full release day.. I’m really excited about that!

I first started programming in the early 1980s – my motivation being that I wanted computer games to play and this was the best way to get them (not being able to afford commercial games, and in any case many of them were not very good).

I used to make lots of BBC Micro games, and sent some to Personal Computer World magazine for publication. In 1984 I had a game listing published (this is how it worked back then.. and actually typing in the code was a great way to learn). This was my first publication and first earnings from computer game development, and has really shaped my whole academic career too. 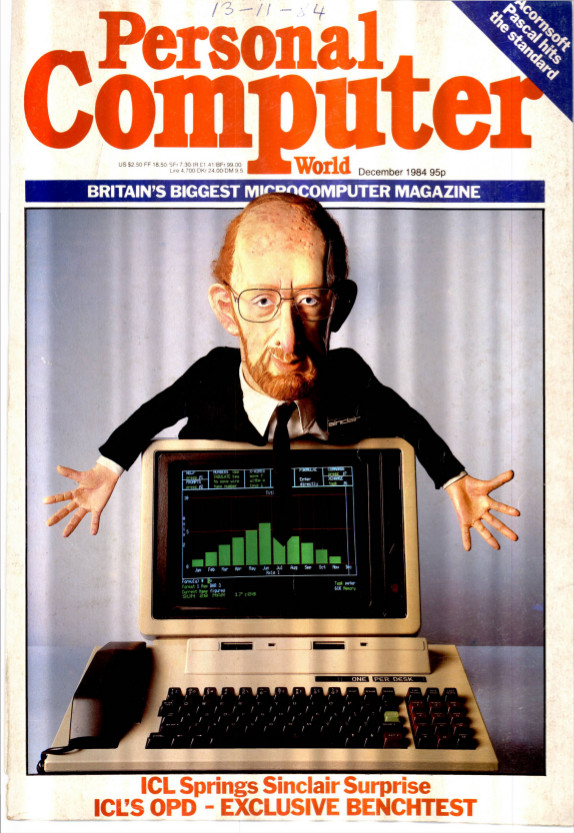 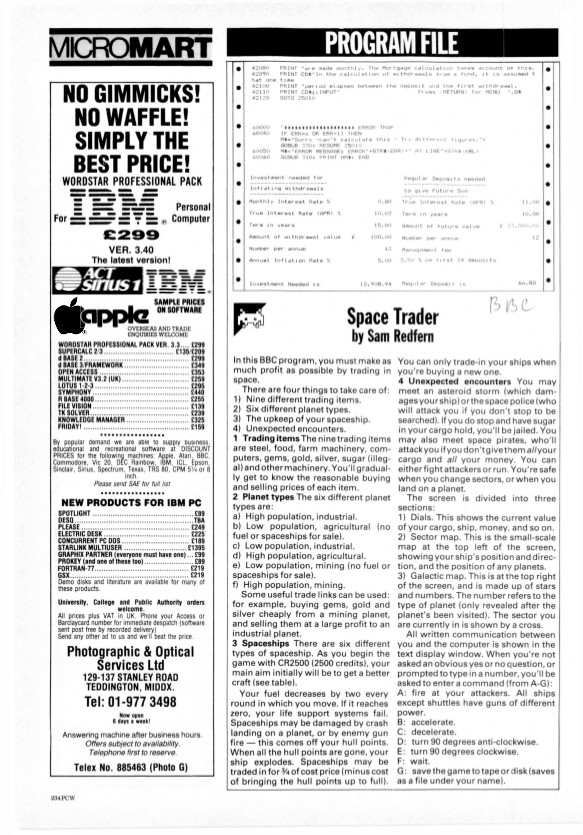 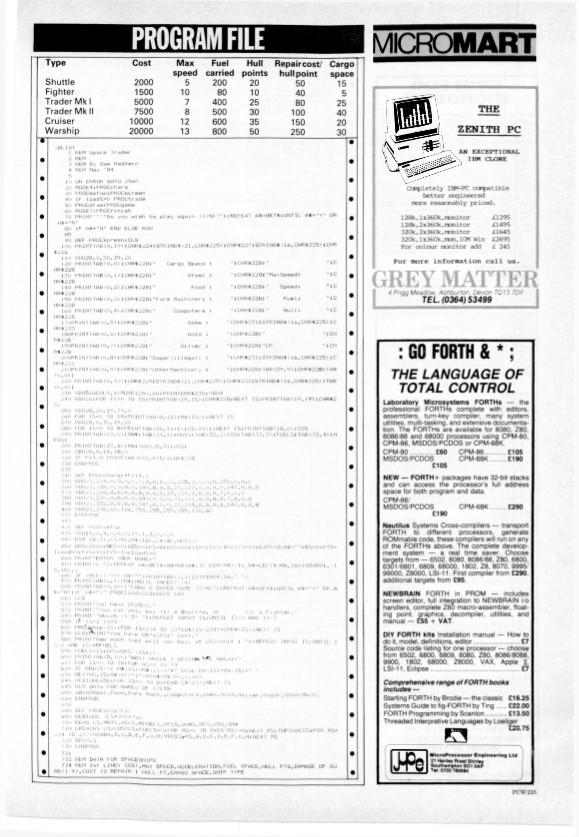 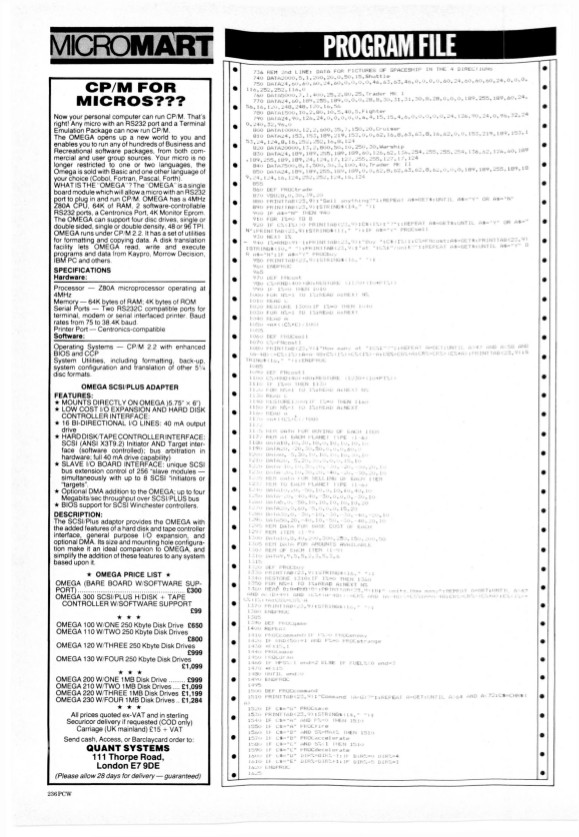 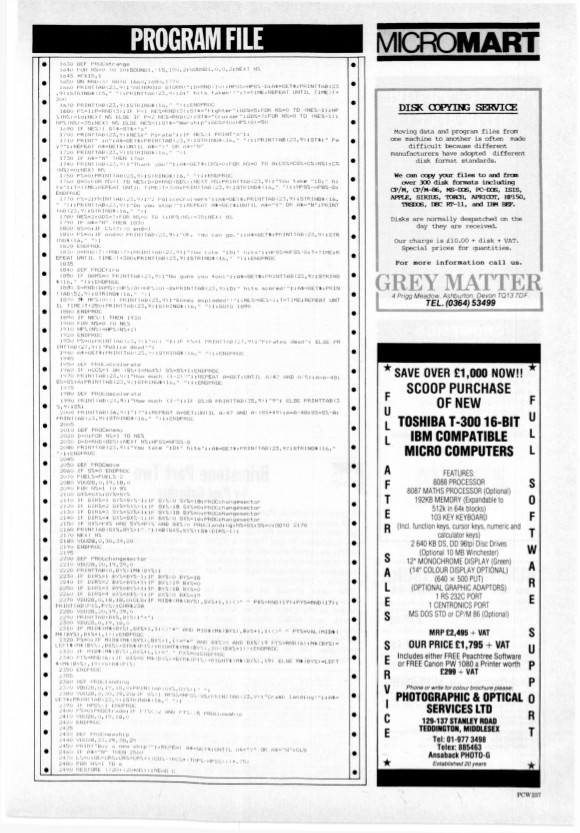 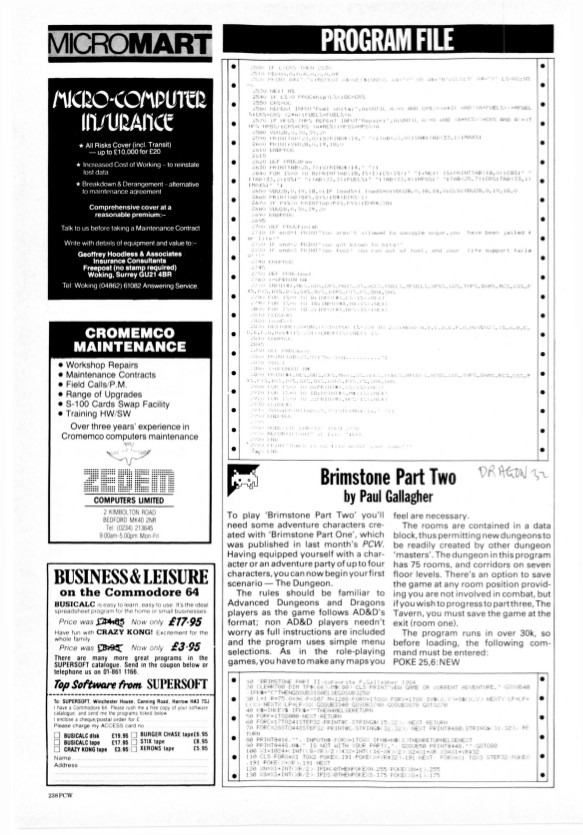 Goblins & Grottos continues to roll along at a great pace, and we have now moved to Early Access on Steam. The graphics, audio and level designs are more-or-less 50% complete, with 10 maps completed in the built-in story “A Goblin’s Tale”. Initial feedback from the Steam community is very positive.

A number of people have asked me how we have managed to do so well with a team of people who have not worked together before, nor ever met face-to-face. The main thing, in my opinion, is that we have a committed team with excellent and totally complimentary skills: every necessary development skill is covered, yet there is almost zero overlap between any of our skills. So we’re all totally valuable to the process, and as progress is good everyone feels enthused to keep pushing. I suppose getting this perfect mix may have been luck to some extent!

Björn – is responsible for all of the game sprites and environment artwork. He’s also much more of a gamer than me or Ian, so feeds a lot into the level design, replete with geeky in-jokes.

Ian – does everything audio-related. He is vastly experienced as a musician, but has not done game sounds before, so it’s fantastic how well this aspect is working out. His ability to produce all manner of funny voices is also a huge bonus – I assume his experience in stage drama is helping here!

Jonas- does numerous pieces all over the game. His role might be best called ‘producer’. Specifically he does the interface designs, a lot of the level editing, video trailer design and editing. But in a small team, I think it’s essential to have a jack-of-all-trades who can fill in all the little gaps where other people can’t.

Me – I’m responsible for everything programming-related, which of course is what I’m best at.

The one thing we’re not great at is marketing/PR. Jonas and I have been doing the best that we can in this regard, but we may need to consider a better approach as we near full release.

Holding our Skype meetings weekly has been perfect for us. Typically we run thru our progress over the past week, do a bit of playtesting, and then brainstorm ideas for development over the next few weeks. It’s always a fun meeting and I think this contributes to the stream of fun/silly ideas that we seem to keep coming up with!

For our Steam page, we are using three separate video trailers. This one is my favourite: ‘Goblin Begins’ as a spoof of Batman Begins. Top quality design and editing, plus awesome voicework and music. I think Jonas and Ian had loads of fun making it too, which was an essential part of why it came out so well.