I have been having fun scratching around with some ideas for a 3rd person zombie survival game, in which you’ll progress through a series of randomly generated towns, and you’ll have to find resources and items, meet new characters and level up their skills, and all the while the zombie threat grows harder and harder. Maybe the game ends when all playable characters are dead.

So yeah, first step is algorithmic town generation. I have bought some nice road models from turbosquid and a bunch of buildings from dexsoft, plus a lot of stuff I had already from Darkwind (including tombstones, buildings, trees) and here’s a first cut at a random graveyard.. the home of the zombie spawnpoints. 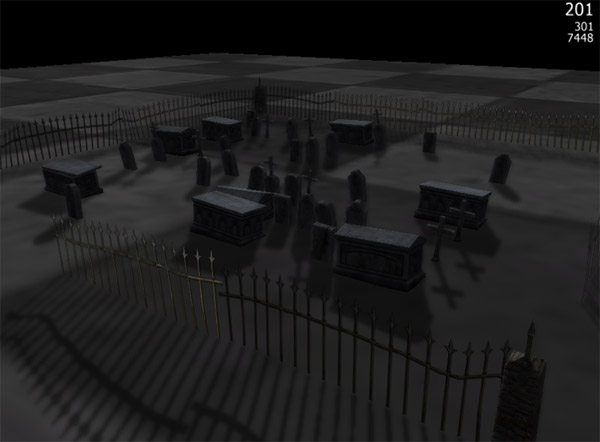 A bit more work and we have the basis of a town generation system. The roads are put in first, followed by the graveyard and buildings. The orange areas show ‘free’ regions; the idea is that we search for random free space for each object, starting with the biggest and finishing with the smallest. 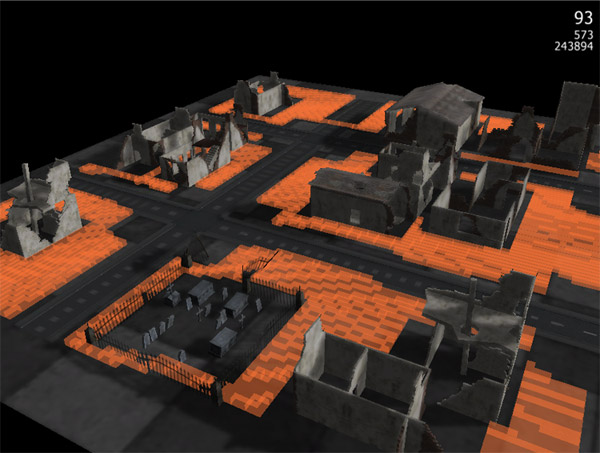